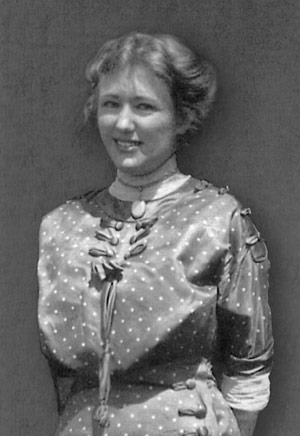 TO THE ROARING WIND

What syllable are you seeking,
Vocalissimus,
In the distances of sleep?
Speak it

(…) After leaving you, I walked through Hilliard Street, the name of which seemed to be familiar, until it came out in Cambridge Common by Radcliff. At the point where it comes out Radcliff is on the left. At the right there is an old dwelling where one of the most attractive girls in Cambridge used to live: Sybil Gage. If your wife is native of Cambridge, she may have heard of Sybil Gage, although I am speaking of a time long before your wife was born. Her father was a friend of W.G.Peckham, a New York lawyer, in whose office I used to work at one time, and the two of them, and some others, were, I believe, the founders of the Harvard Adovcate. But my principal interest in Mr.Gage, who was dead when I lived in Cambridge, was the fact that he was the founder of Sybil. A few years after I had left Cambridge I was a guest at Peckham’s place in the Adirondacks and who should turn up but this angel; so that instead of being a street that I had never heard of Hillard Street turns out to be a street that I passed every day.

(…) in “Anecdote of the Jar,” Stevens does something similar. He had previously read Dante’s A New Life, where the poet speaks of his initial meeting with the nine-year-old Beatrice Portinari, including the Latin phrase “ecce deus fortior me, qui beniens dominabitur mihi” [the god of love, greater than I, came and took dominion over me]. This was Dante’s first meeting with his muse. In “Anecdote of the Jar,” a poem composed in 1919, when Stevens was still part of the Arensberg group, Stevens writes:

The jar was round upon the ground
And tall and of a port in air.
It took dominion everywhere.

This wordplay on the name Port-in-ari seems obvious (once you see it), but commentators have puzzled over “port in air” since the poem was published. Ford’s discovery that “Anecdote of the Jar” contains Beatrice Portinari’s name coupled with the phrase “took dominion” that Dante used to describe his falling in love with Beatrice is key to our discussion of the extent to which Stevens may have experimented with including ciphers and other hidden messages in some of his poems during this stage of his poetic development. Once we see that he almost certainly concealed a secret message in “Anecdote of the Jar,” it becomes even more likely that the apparent wordplay in some of his other poems did not occur by chance. And it is especially relevant that this cipher is the name of the most famous muse in literary history. Stevens’s inclusion of the name of Dante’s muse, Beatrice Portinari, in a poem in Harmonium could be his private way of announcing that elsewhere in Harmonium he had included concealed messages about his own muse—Sybil Gage